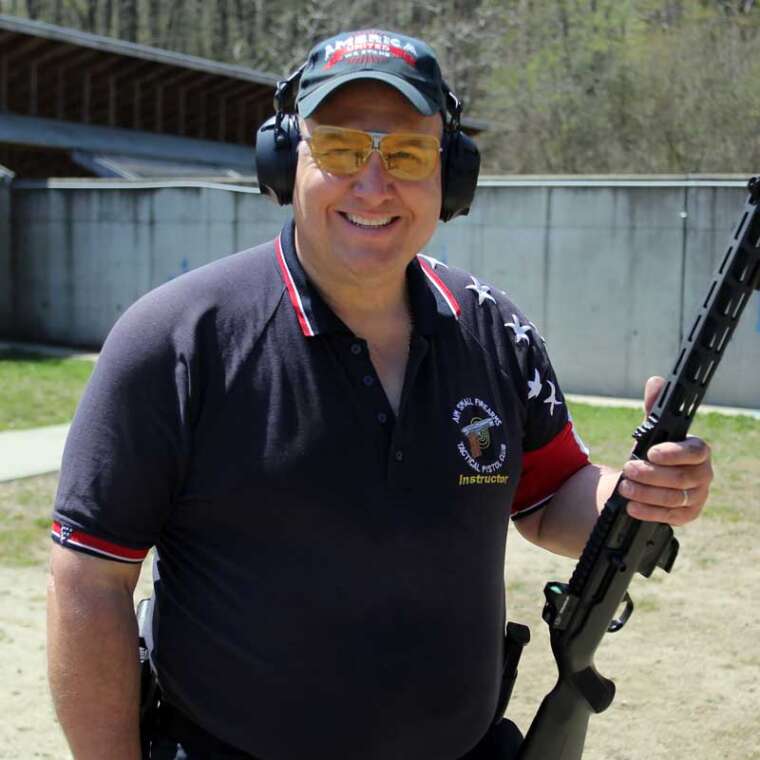 Paul J. Conforti is the lead instructor and creative force behind Aim Small Firearms Instruction. He was introduced to firearms at a young age and always excelled. He participated in NRA 4 position rifle qualifications and reached the Bar 9 Sharpshooter before the Explorer Post disbanded. He graduated in 1991 with a BS in Criminal Justice with honors from John Jay College of Criminal Justice.

Paul is a Life-Long Hunter and enjoys the outdoors and brings experience from the field to his teaching.

Paul became a police officer in 1987 and served the City of White Plains for almost 21 years. Officer Conforti was trained in 1993 as a firearms instructor and served in that capacity until his retirement. He was promoted to the rank of Sergeant in 1998 and was assigned to the department Special Response Team.  Sgt. Conforti was eventually put in charge of the acquisition of new handguns for the department. Paul developed much of the current firearms program that is still in place today at the White Plains Police Department.

After his retirement from the White Plains Police Department, Paul started doing NRA safety lectures and basic courses as well as NYS DCJS Armed Security Guard Training Classes. It was from this venue that the civilian tactical training courses were born after one student asked for regular training courses. Paul is dedicated to teaching all students the fundamentals of shooting.

Paul Continues to train Active-duty Police officers for both Somers Police and as a Court Securtiy Officer in the Federal Courts.

“I will not be satisfied until my students can out-shoot me.”
Paul J. Conforti